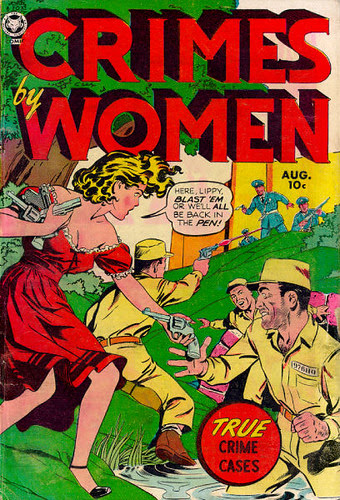 I guess she picked up those guns at the Bulk Weaponry Outlet on Rimbor. They sell space-torpedoes there in twelve-packs! Just don't expect them all to detonate when you want them to. Also, I've heard the paint they use causes eyeball cancer. (Although why anybody would rub a space-torpedo on their eyeballs is beyond me.)

Still no sign of (the real) Blockade Boy. HOWEVER. As "'Tater' Bugzz", I'm developing quite the rep in Lallor's criminal underground! I've had fourteen separate space-hoods approach me about planning bank heists for them! On account of my being so knowledgeable. But I've had to turn them down (and then smack their asses up) because TATER DON'T PLAY THAT.

Y'know, as I strut down Lallor's back alleys, I feel like I need a theme song playing in the background. Maybe something classical, like Curtis Mayfield's "Superfly". Like that song's title character, I am both (admittedly) "hard to understand" and "a hell of a man." But I need some new lyrics. And I can't think of any decent rhymes for "'Tater' Bugzz", except "Afghan rugs" and "hugs, not drugs."

...On second thought, those rhymes suck, too. Consarn it.

Sweet news, you guys! I was at a tavern, drinking alone (like usual), when the holovision showed a news report about a huge graffiti mural of Blockade Boy's face that showed up on the side of some skyscraper. Well, after a week of getting nowhere in my search for Blockade Boy, I was pretty sick of seeing his face everywhere. So I hurled my dainty porcelain teacup of malt liquor at the holo-set and I hollered, "Aw, SCREW THAT GUY!" There was a general gasp from the assembled barflies, but then a sexy gal sauntered up to me and purred, "So, you hate Blockade Boy, too?" My detective radar (among other things) perked up. I gave her a story about losing the family farm to Blockade Boy in a poker game, which forced me (or "Tater", rather) into a life of crime. I added that I wanted to get back at him, somehow. (Notice how I didn't explicitly use the term "revenge." You have to play these jokers. Give 'em plenty of rope.) Anyway, she said that there were some people she wanted me to meet, and that they all hated Blockade Boy, too, AND had been keeping tabs on him! I'm going to meet up with her again tonight, at the abandoned flying saucer factory on the edge of town. 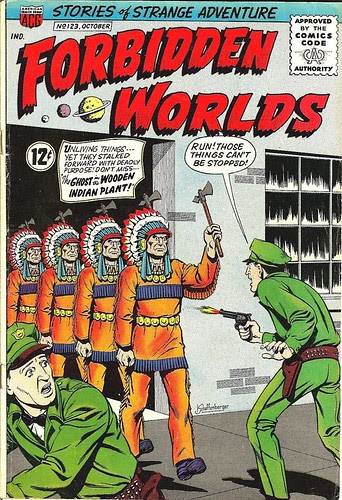 Howdy, pals! It's your friend from the future (and also a parallel universe): Gadfly Lad!

I'm 87.028% certain that you're all begging me to know: have I located Blockade Boy yet?

The short answer: no.

The long answer: yes, in a way. Blockade Boy is at least three times more popular as a fugitive than he was as a private detective, a space-pirate, or a fashion designer. He's certainly good at it; I'll give him that. But now, tough guys across the galaxy are imitating his look, right down to the tattoos! So every time I think I've spotted Blockade Boy, it turns out to be some dude I don't even know.

67.4% of them are annoyed and say "Get your tiny hands off me, kid" (or something equivalent).

14.8% of them think I'm trying to sell them something or that I'm going to mug them, and they toot on a little whistle and then the pigs show up, and I gotta lam it. (Freakin' space-cops...!)

9.2% of them are pleasantly surprised by my attentions, and ask me to do something sexy to them. (No, thank you.)

5.9% of them threaten to kick my ass just for looking at them, which seems like an overreaction. One of them said he was going to "fold my [anus] into a tesseract", which I don't think is even possible.

2.7% of them just grin at me, real friendly-like, and without saying a word, they dart into a crowd or around a corner, and just disappear. Some of these guys may actually have been Blockade Boy, for all I know. (It was late, and it was dark, and I was tired).

So nowadays, if I see one of these jokers and he's not lurking atop a space-gargoyle or dangling from a U.P. hover-chopper, I just assume he's not the real deal.

What else is going on? Well, I see from the holo-news that Eyeful Ethel is back from jail already, but she has to wear an ankle monitor and a brain monitor, which looks a lot like one of your pillbox hats, with the lacy little veil on it and everything. She held a big press conference at the agency. I saw Frigid Queen and Phantom Lad there in the background, playing footsie with each other (and then they started kicking each other in the shins, hard). Rainbow Girl was there, too, split into her four energy-selves, presumably to create the illusion that Ethel employed more people. Storm Boy looked completely humiliated as Ethel tried to spin his tenure as manager as "a practical joke gone horribly wrong."

I didn't see Nightmare Boy anywhere. I'm sure he'd be out of the space-pokey by now. He's probably just embarrassed now that everybody knows he has a mini-dingus. (Welcome to my world, Nightmare Boy! And don't let 'em get you down. You fly your freak-flag!)

Of course, Tusker is still missing. Although... I've heard some underground rumors of a mysterious "one-tusked man" who alternately shambles/rampages through Lallor's underground vacu-tubeway and who swipes folks' bags of Soylent Doodles when they're not looking. I take this to mean that Tusker has hocked his gold tusk, for the space-cheddah. Yipes. Well, after I locate Blockade Boy, maybe we can track him down. I'm sure we'd only kick his ass a little before we brought him home.

I've also heard through the criminal grapevine that the Blockade Boy Revenge Squad is pissed about this upswing in Blockade Boy's popularity, and that they're planning to "mobilize." Yeah, good luck with that.
Posted by Jeremy Rizza at 4:45 AM 8 comments:

I just thought I'd better let you know: blogging will be spotty and brief for the next two weeks, exactly. What does that mean for you, the blog consumer? It means that my blog posts will happen at odd hours, and that they'll skip days, and that they won't say all that much. Sorry. It's the life of an undercover agent, don't you know.

Those guys who wanted me for "the operation"? Yeah. It turns out they just wanted to sell me a discount shin-lengthening surgery... which would have been performed in the back of a space-van. I told them "HELLS NAW!" and then I gave 'em both a shock to the shammies! 'Cause that's how Tater rolls.

Oh! One other interesting thing. You know how I'm working a trivia game hustle? The first five games I tried, I got disqualified for not answering the questions in the allotted time. I mean, I would be talking, but I couldn't get to the core of the answer before they'd sound the buzzer. So, I had to learn to cut out all the fascinating details that I normally enjoy lavishing on people. Which sucked, because I love prefaces, corollaries, footnotes and addenda, just as much as any right-thinking individual. Well, last night, I was talking up a bar maid, and I found myself editing what I said, just like I had been doing with the trivia answers. And the bar maid didn't do that thing that girls usually do with me, where their eyes lose focus and they get all fidgety and they start humming a song and rocking back and forth and then they say some real bad swear word and then they get up and walk away without even saying "goodbye", the crazy weirdos. Nope! Her eyes were all sparkly and she wouldn't stop smiling and I wondered if maybe it was a trick, since an undercover detective always has to be on the look-out for femme-space-fatales. But when I made my move, she just put her hand on mine and said, "I'm sorry; I don't date short guys." Dang it. Still, it was an interesting development.

Let's have a cover from Storm Boy's comic book collection! 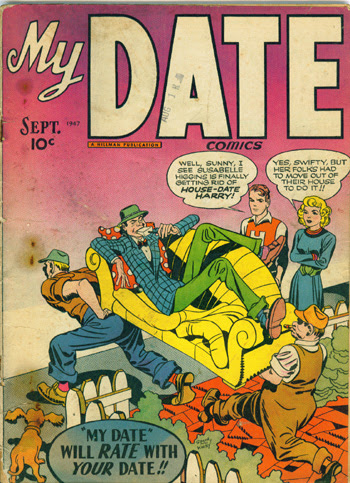