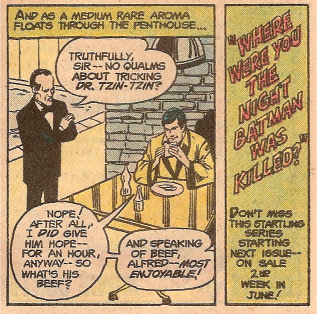 Remember that night? The night Batman was killed? And everybody was laughing; and slapping one another on the back; and giving out free beer, even to the kids; and putting on impromptu accordion concerts; and making sloppy, care-free love right on the streets of Gotham, in amongst the looting; and also this one guy said that his friend said that his girlfriend's brother told him he had seen some fat stoner take a whiz right on the bat-signal and it electrocuted the bastard, and everybody went "HELL YEAH MOTHERFUCKER!" and started shooting their illegal machine guns into the air?

And okay, so the next day freakin' Hawkman moves in and turns the whole damn town into an alien gulag, but it was so worth it because Batman the Practical Joking, Solid Gold Table Having, Hamburger Devouring Son of a Bitch was DEAD.
Posted by Jeremy Rizza at 6:20 AM 9 comments:

Excuse Me. Are Those Bugle Boy Jeans You're Wearing? 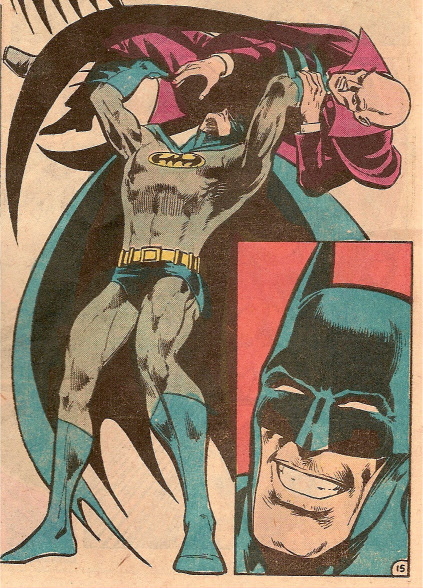 "Ah, I see that they are! *sniff, sniff* And the crotch has been expertly laundered! Good work! ...Why, no, I'm not planning on putting you down anytime soon. Just... you be quiet! Shut your... NO! Just shut it! Shut your dirty, whorish mouth! ...Fuck. I was going to carry you all the way to the Batmobile like this, but then I wouldn't be able to reach my keys. What? Aw, HELLS NAW it don't got no 'voice activation', wiseass. This is 1977! How come you're so dumb? You from space or something? ...I SAID SHUT IT! *sniff, sniff*"
Posted by Jeremy Rizza at 5:56 AM 11 comments:

Good Luck With That

Nemonok is trying to train Chunkstyle, but it ain't goin' too well.

On the plus side, lazy li'l Chunkstyle hasn't batted Nemonok's brain-jar off of any shelves. 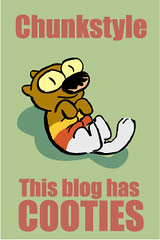 Posted by Jeremy Rizza at 12:50 PM No comments:

Wait, What Kind of "Convention" IS This? 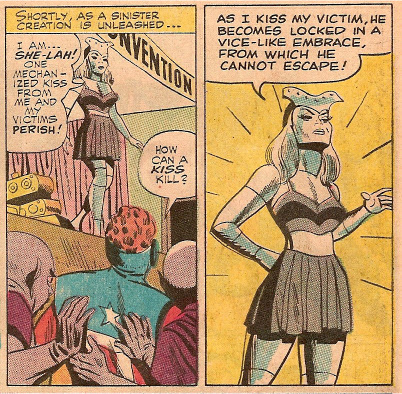 In your era, She-Lah is dating Jake Gyllenhaal! Or maybe she's married to Keith Urban. I forget.

So, how do you solve a problem like She-Lah?

You dare her to fellate a live wire. 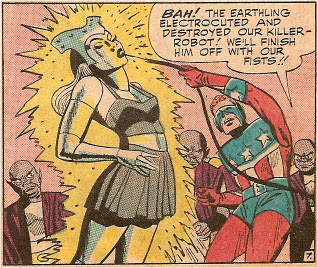 The next panel: the Shield tells She-Lah to "go make [him] a sammitch."

I'm not quite sure what to make of She-Lah's robo-togs, here. I mean, she's got the imperious headdress thing goin' on, like the evil queen in "Snow White", but then she pairs it with a drably wholesome ice-skating outfit. It gives off mixed signals. (It's the Mike Piazza of supervillainess costumes!) One gets the feeling that She-Lah would smirkingly order you to get down on your knees, and then proceed to remove the pilled-up lint from the shoulders of your sport coat with one of those sticky little roller things. And then she'd chirp, "There! Isn't that better?"

And you'd wind up cheating on her with the ball-cutting robot next door.
Posted by Jeremy Rizza at 6:15 AM 5 comments:

Vince Briefs over at the Saiyan King's Blog is now providing an appropriately raucous home environment for feisty Fizzle! The best part is, there are plenty of other "unique" pets for Fizzle to play with. Let's just hope they don't all destroy the world with their tomfoolery. 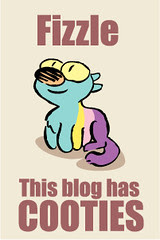 I'd also like to give a shout-out to Johnathan of Paul and John fame, for giving Chunkstyle a comfy spot on their sidebar. They haven't posted about him yet, but they did make Chunkstyle a link to this blog! Just like Bill S. has done! And that's good enough for me!

Another Day, Another Ass-Pounding

It looks like Jon is still trying to convince people that GWF (Gay Wall that Falls) is a wildly popular fetish. It's sad, really. There's nothing wrong with having an obscure interest, Jon. Go ahead and fly your freak flag!

Besides, everybody knows that all the cool people are into GBPBGG (Gay Boulders Pummeling Big Gay Giant). And Colossal Boy is into it as well. 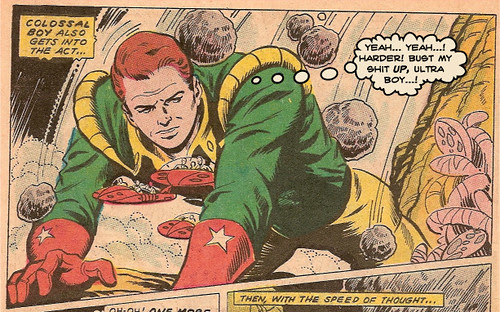 Now, everybody help themselves to some boiled prawns. There's a big heap of 'em, on the right side of the panel.
Posted by Jeremy Rizza at 6:43 AM 3 comments:

Bloggers Dr. Kate Basil and TX have swept dear little Bosko into their eternal battle for supremacy. And the Borg Collective now has its cutest drone yet!

Maybe it's just me, but Borg Bosko is somehow even cuter than Regular Bosko! Look at the little hat! Or brain-controlling helmet. Or whatever. Borgsko is perfectly adorable! Forget "Locutus"... the Borg should have made Borgsko their public relations rep! 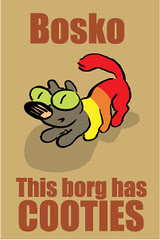 Or Maybe It's John Byrne's Fault 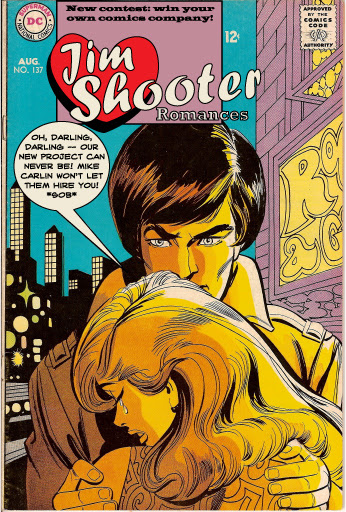 It's Not Lost; It Just Got Stuck Between the Sofa Cushions

Fizzle, the cutest, mind-controllingest kitty of them all, has found a home over at Lost Hemisphere! (I'm sure that Fizzle will be running the whole show in no time.)