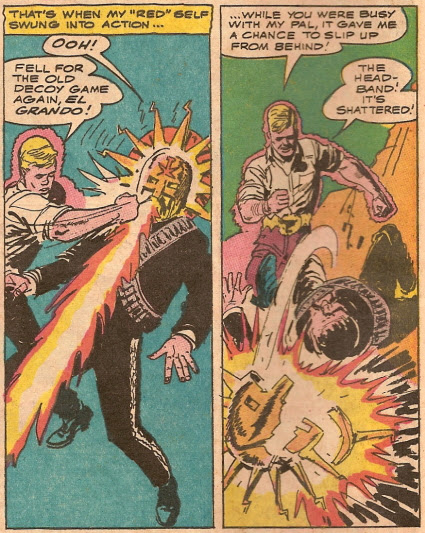 That's why I avoid eating spicy foods (or getting drunk) before a fist-fight. Poor "El Grando!" Not only is his Mardi Gras mask busted, but he's gotten chipotle-scented vomit all over his fancy mariachi costume.

Also, I'm pretty sure they stole the whole idea of a "red self, slipping up from behind" from a film I once saw. ("Superman Red, Superman Blue-Balls." I give it four-and-a-half stars. Out of ten. The sex scenes were hot, but the sound design was atrocious.)
Posted by Jeremy Rizza at 5:38 AM